Here’s a sampling of images from the September 27 event. 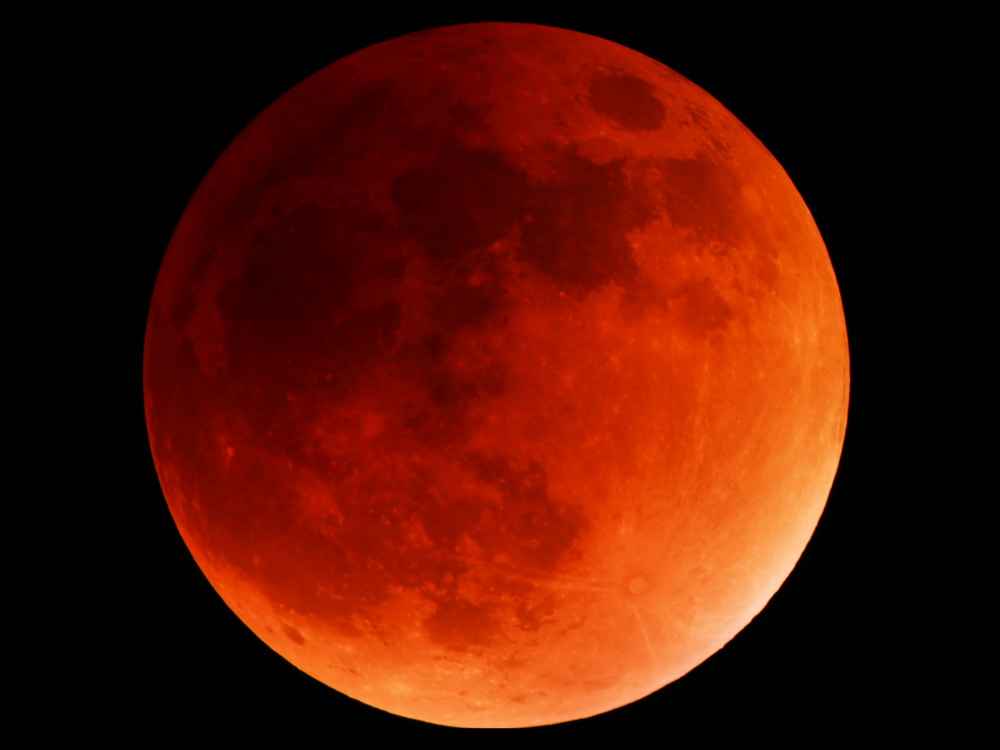 Viewing from his Ontario home, SkyNews editor Terence Dickinson felt lucky to catch this view of mid-eclipse. “We had clouds and more clouds except for 30 seconds at mid-totality when I shot this,” he says.

It’s often been said that timing is everything. Certainly, this shot by Stephane Verreault of
Laval, Quebec, proves the point. He was able to record the partially eclipsed Moon with jet airplane passing in front of it . 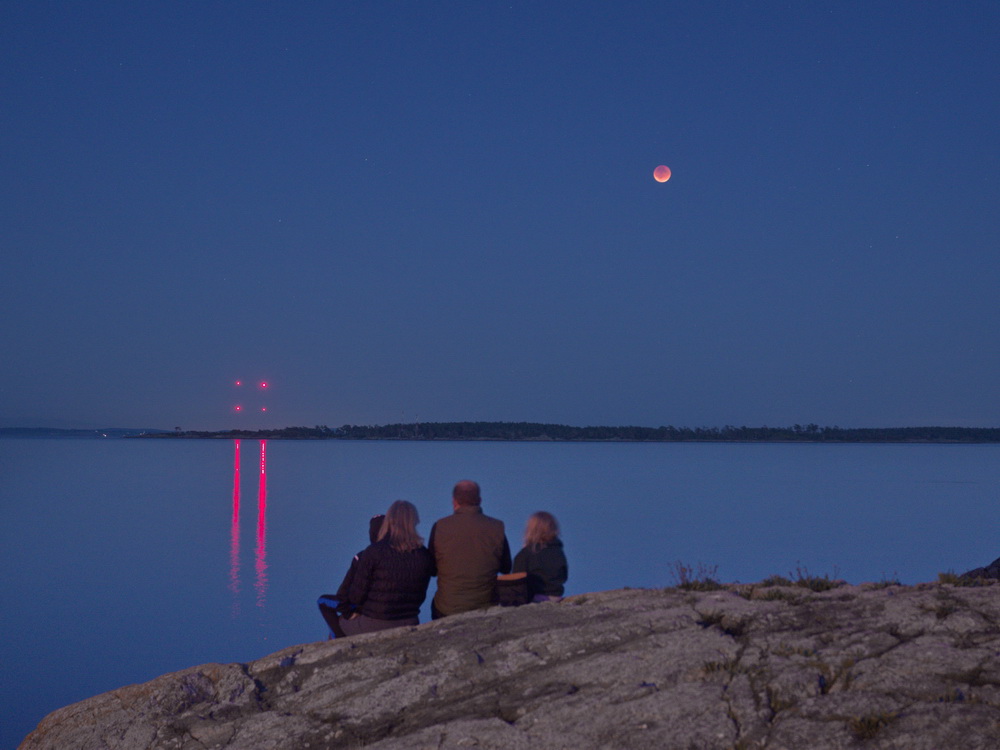 SkyNews.ca editor Gary Seronik joined a large crowd of eclipse watchers at Cattle Point, Victoria, British Columbia. From this location, the eclipse was under way as the Moon rose above Discovery Island. 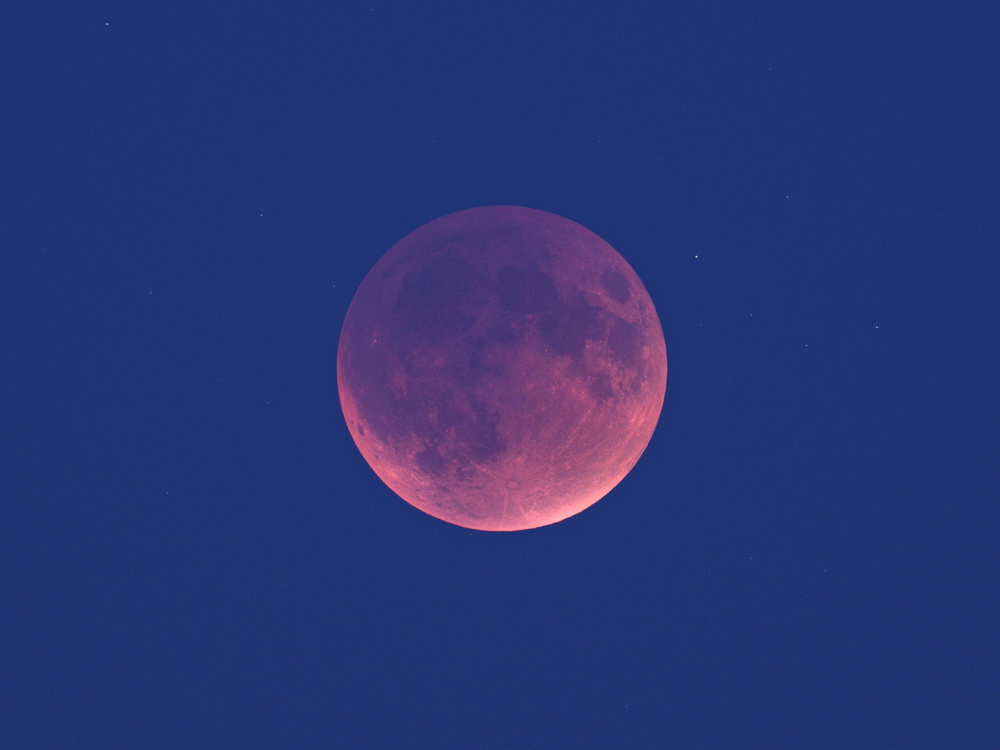 Gary Seronik also captured this view of mid-totality. “I found the contrast between the red Moon and deep blue of late twilight to be really striking,” he says. 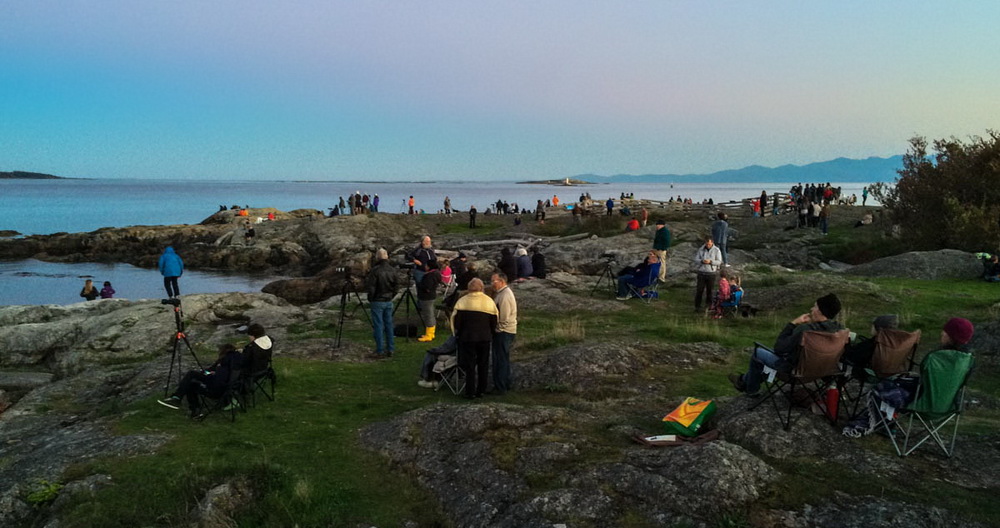 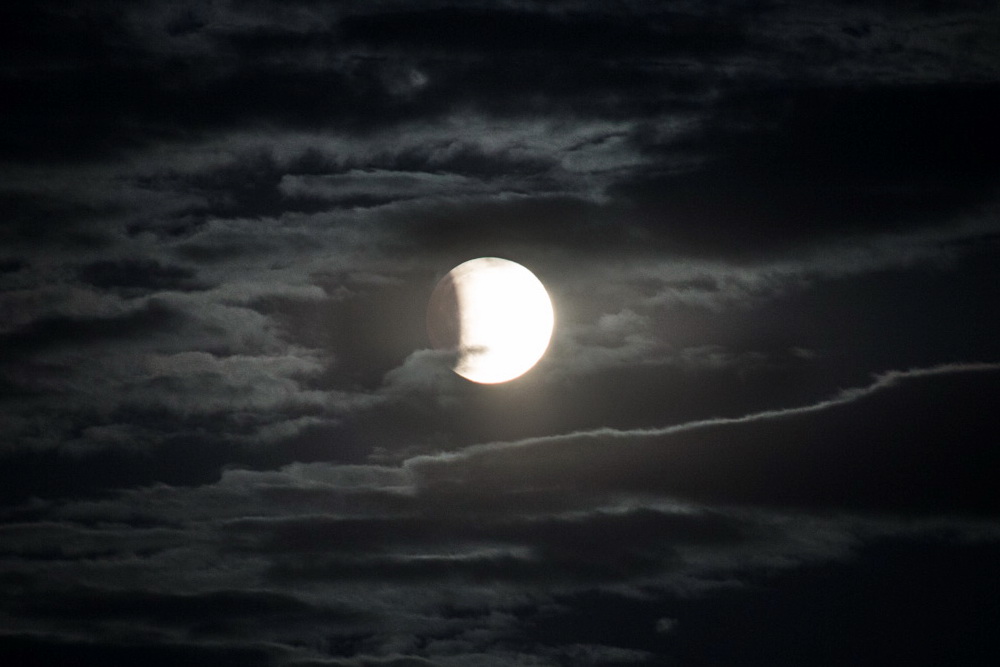 Royal Astronomical Society of Canada president James Edgar battled clouds during the eclipse’s partial phase, but managed to produce this lovely image from his home in Melville, Saskatchewan. 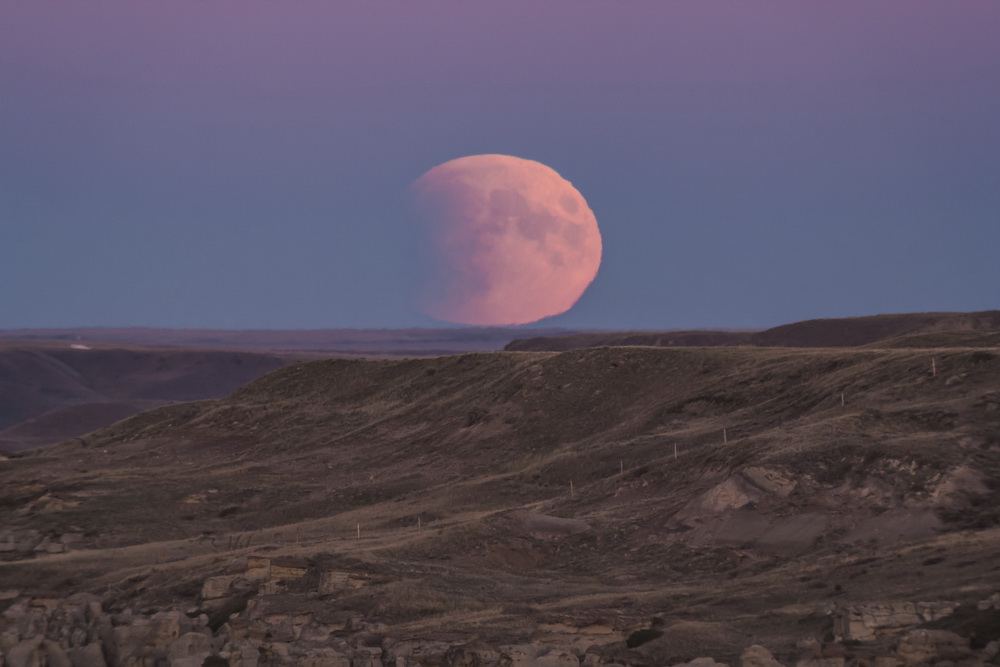 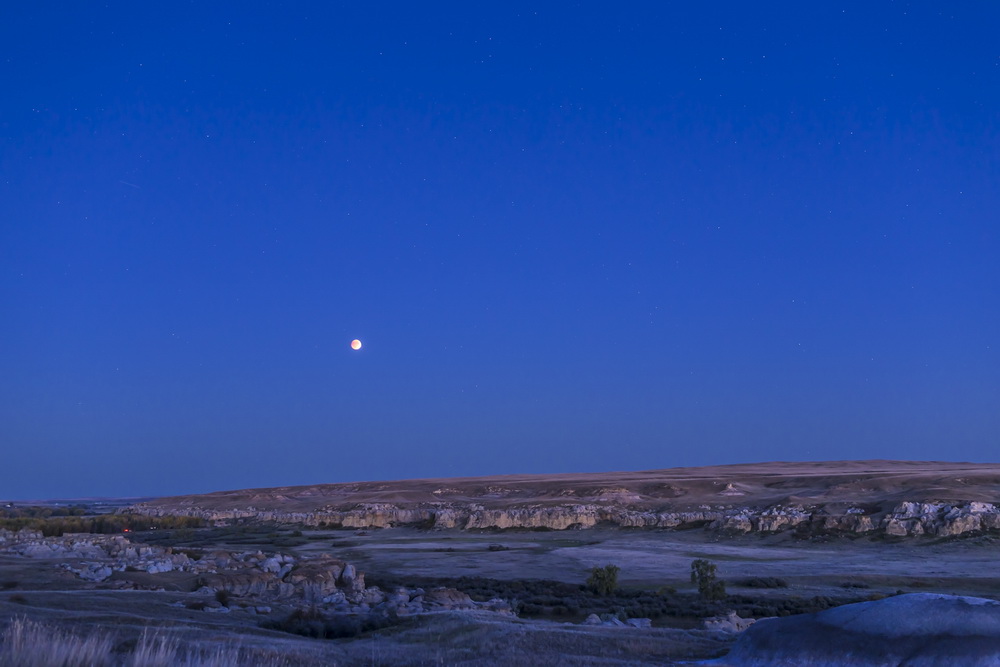 Noting poor weather prospects for his home location, Alan Dyer hit the road. “Early in the day on Sunday I packed up the gear, and headed to a location where I had thought of viewing and shooting from anyway, for the scenic landscape,” Alan reports.”So I drove south to the border area near Milk River, Alberta, just north of Montana, and to Writing-on-Stone Provincial Park, a favourite place for nightscape shooting. Skies were perfect. Indeed, you could not have asked for a more perfect eclipse.” 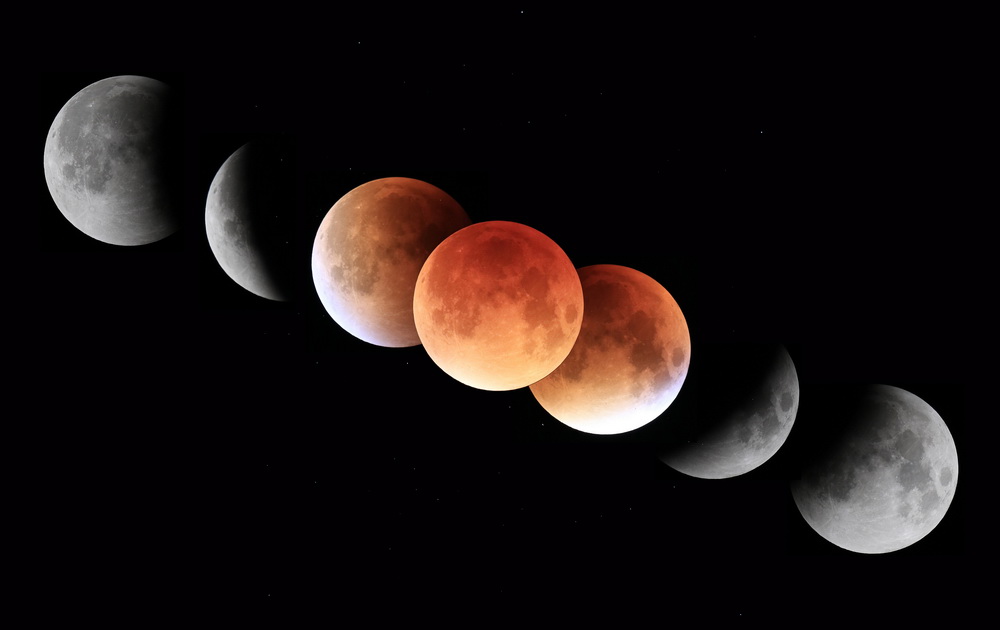 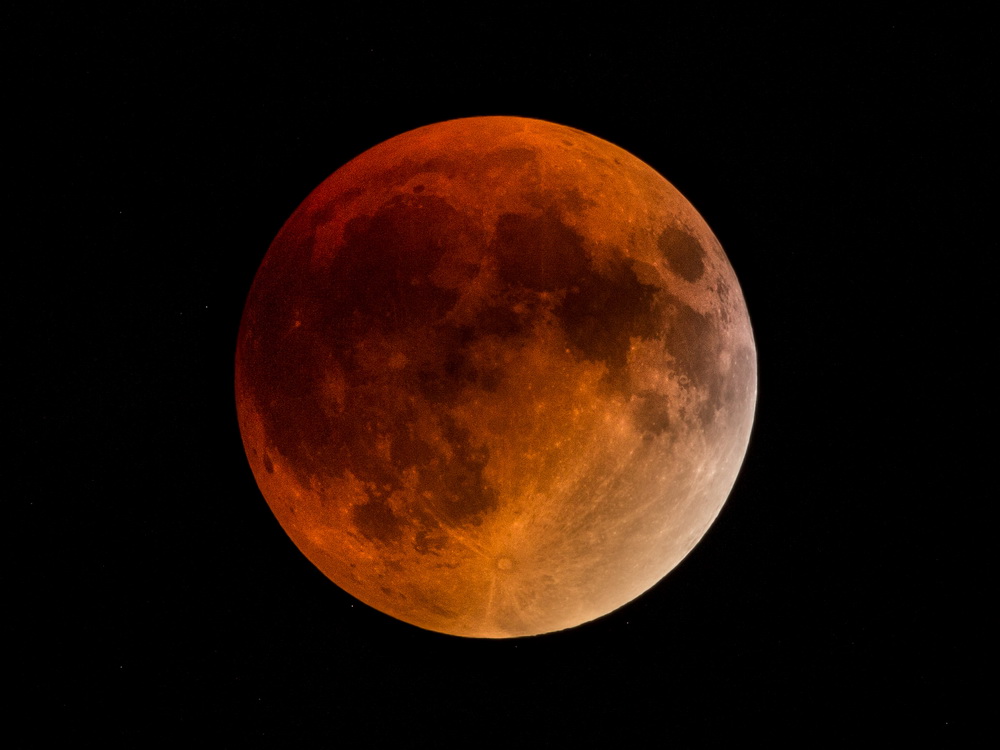 From Ontario, Bill McMullen took this total eclipse portrait just moments before his entire sky was covered in clouds. 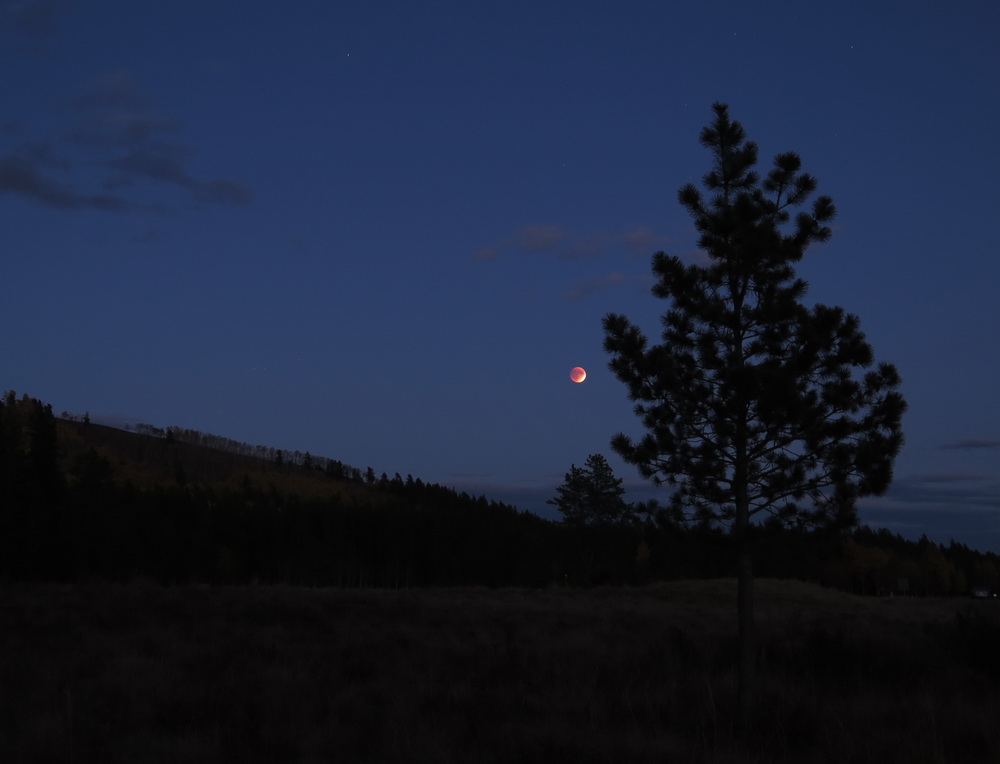 Like many eclipse watchers, Alberta’s Gabriel Jones had to hit the road to see the event. “It was cloudy at my house, so I drove for a ways to escape from under a cloud deck, to the Sheep River valley. I thought escaping the clouds was hopeless, but lo and behold there was the Moon. Or, at least, part of the Moon! It was the best eclipse I have seen.” 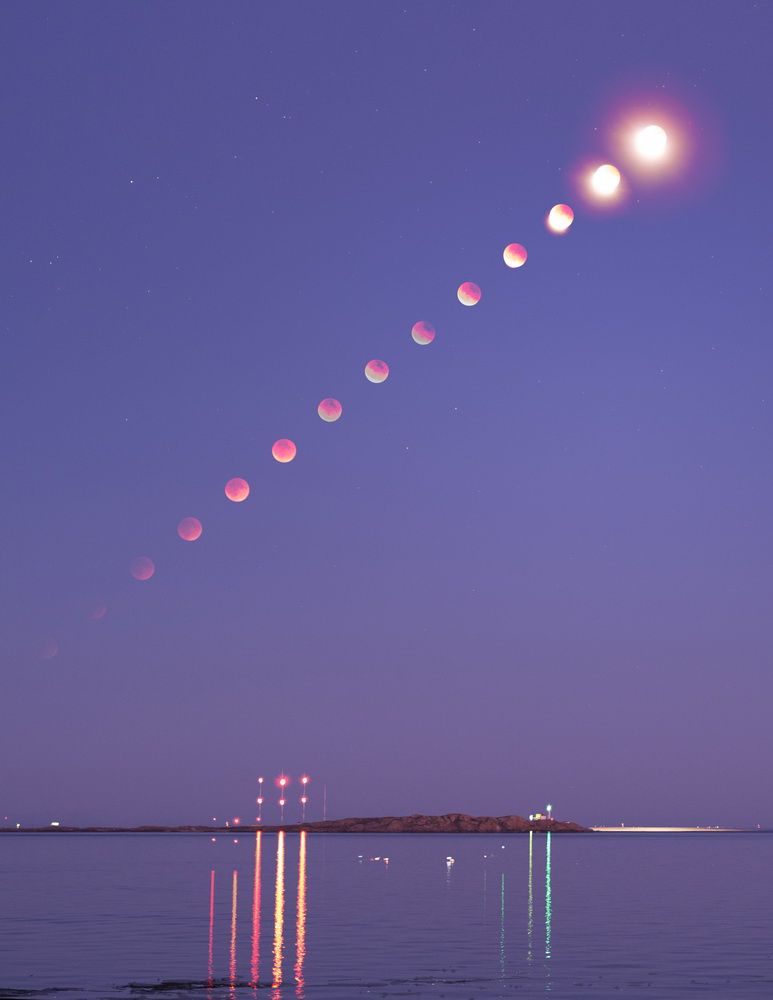 Also viewing the eclipse from Victoria, British Columbia, was John McDonald. He set up his camera at Clover Point and recorded this image sequence showing the eclipsed Moon rising over nearby Trial Island.